Today we’ve been making our latest batch of key rings to go on sale tomorrow at Big Cat Textiles studio in Newburgh!

Find out more about Big Cat Textiles at: https://textilecentre.co.uk/

Here’s a wee video of us putting the finishing touches to our tweed key rings! 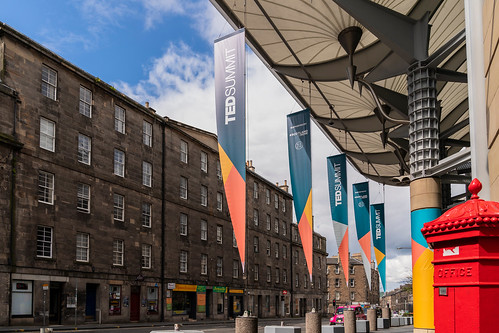 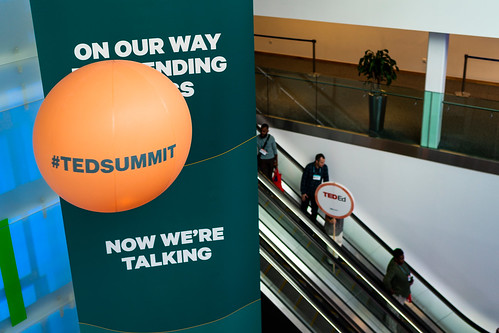 Members of the TED community from throughout the world — TEDx’ers, TED Translators, TED Fellows, past speakers and more — have gathered in to dream up what’s next for TED, and we were invited to play our part in the proceedings. 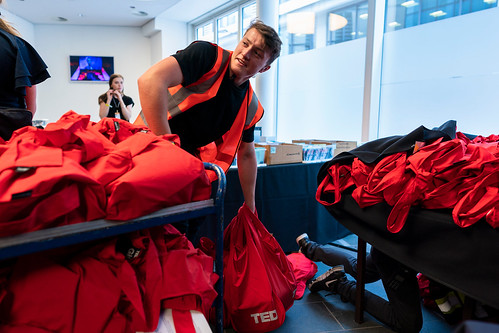 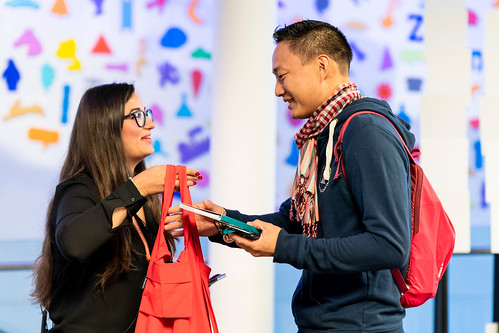 At the opening dinner, guests were presented with tweed and linen key-rings lovingly made by us especially to commemorate their visit to the Summit. 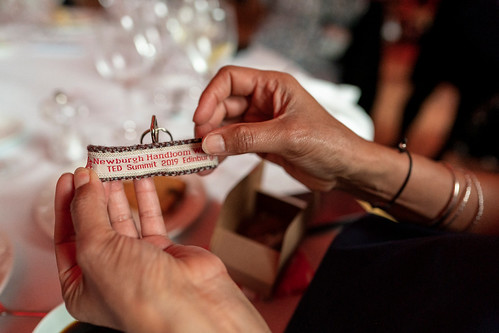 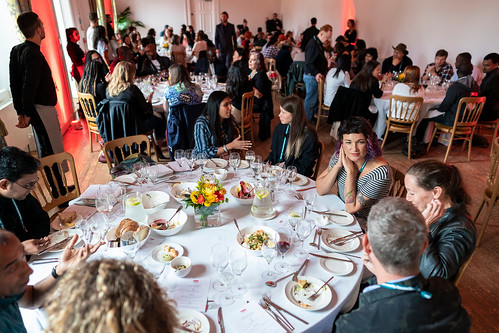 Some photos were taken from the TED Summit Flickr photostream

We would like to thank everyone who came along to our Open Day today. We had a fantastic time meeting so many people and sharing our love of weaving. We also ‘waulked’ a piece of our tweed and were led in song by Tracy Boyle and Jimmy Hutchison. To top it all, our day has been captured beautifully by local photographer, Zöe Barrie who has kindly shared some of her photos with us. We are happy weavers indeed!

We had a great write-up on Wednesday thanks to the lovely people at The Courier and Business Gateway Fife. Here is our Q&A piece complete with photos of happy weavers:

I was born in the Hebridean island of South Uist and can remember as boy seeing weavers working on old, wooden looms making tweed and blankets in their crofts.

I always kept an interest in weaving and, when I was working as a joiner at the Woollen Mill in St. Andrews in the 1960s, I was given the opportunity of purchasing an old loom from Mr. Catto, one of the then partners.

Mr. Catto had trained as a weaver in Aberdeen and when he discovered my enthusiasm for weaving, he offered me his loom. Although I was unaware of it at the time, the loom turned out to be a “Kennedy Loom” built at the turn of last century (1900’s) by Thomas Kennedy of Galashiels. It was beginner’s luck really because, as I later discovered, the Kennedy Loom is very highly regarded within the tweed weaving fraternity as being one of the best designed handlooms ever made. It certainly is a great, well balanced loom to work on, having flying shuttles and two boxes which give the option of weaving checks.

Being the proud owner of this great loom, I set about teaching myself how to weave with a lot of help from many folk. These included Mr. Catto and Bob and Raymond Philip, the new owners of the Woollen Mill who offered me space to erect my loom which is quite large, having a footprint of approximately 3.000 x 2.500 meters.

During this period Bob Philips introduced me to Mr. John Jamieson, a regular visitor to the Mill. Mr, Jamieson, a Shetlander, was a weaver to trade and was employed by the Highland Home Industries to travel all round Scotland giving practical help and encouragement to small craft enterprises that were starting up. Highland Home Industries was a government funded body set up after the Second World War to help foster new small craft ventures and assist them in a variety of ways to get up and running.

Mr. Jamieson invited me to go to their weaving workshops in Morar for a fortnight’s tuition and that was a great help in learning all the complexities of the weaving trade. The workshops provided a wonderful learning experience, giving me the opportunity not just to see the detailed operation of, but also to learn how to use an excellent warping-mill and six or eight handlooms. At the same time, it allowed me to work with local weavers producing mainly mohair rugs and scarves. I had a great time there and learned all the basic principles of tweed weaving: warping – beaming the warp onto the back roller of the loom – threading the warp through the loom – tying up the heddles and treadles to suit the chosen pattern – winding pirns – weaving the tweed to it’s finish. “ Glad Iron”. I still have a sample of my test piece from that time – a dress loaned back to me by my friend Lena Shepheard.

On my return to Fife and for the next five years or so, I worked as a part-time weaver, dividing my time between that and my other trade of joinery. I produced a great amount of tweed during that time, much of which was sold directly to friends and also to the public through the St. Andrews Woollen Mill.

In the 1970’s, I moved to the Borders to live and continued to weave for some time but had to give up weaving on the Kennedy loom because I couldn’t find a suitable place to house it. I did continue weaving on a smaller “Cottage loom” which I built for my wife Maggie. This loom, now called “Maggie’s Loom”, is still fully operational and I recently made a length of herring-bone tweed on it.

In the 1980’s I sold the Kennedy Loom to Stirling District Council where it was used in the Clock Tower in Tillycoultry as part of a rehabilitation scheme for young offenders. After that it became a part of a display of weaving equipment in the Tourist Information Centre in Alva. When it was no longer required for that purpose, they asked me to dismantle it and it was then put into storage in a Council store in Alloa where it remained until I bought it back in 2014.

Since then, I have completely refurbished the loom and set it up in my workshop, now re-named “The Weaving Shed”, and constructed a new warping-mill.

Erika Douglas, who has worked with me as a joiner since before commencing and completing her joinery apprenticeshop, has also developed a passion for learning to weave. Since the end of 2017, Erika and I have woven a number of fine tweeds and in order to ensure that the work we produce is of the best possible quality, made in the traditional manner using traditionally produced yarns, we recently visited the Isles of Harris, Lewis and North Uist to establish the range of yarns available from a number of producers. The yarns purchased on those visits have been used to produce the current range of tweeds.

Erika and I were recently invited to supply three lengths of cloth for use in a series of traditional waulkings carried out at special events in the Hebrides which took place in April of this year. It was both great fun and a great honour to have our tweed selected.

As a means of supporting Erika’s training in weaving, and to enable us to produce a wider range and quantity of tweeed, I recently acquired (rescued!) another Kennedy Loom which was languishing in a store in an old mill in the Highlands. Although this loom is complete, it requires some restoration work. Once undertaken, this will become Erika’s personal loom and we will soon have it up and running once more.

Our aim, once we have the two looms fully operational, is to produce a wide range of hand-woven, traditional style tweed, including bespoke tweeds designed and made to order for both individual clients and commercial companies, which can be used to make clothing, throws, blankets and scarves as well as cloth for use in curtain-making and furniture manufacture.